WebQuest: THE GILDED AGE AND THE PROGRESSIVE RESPONSE 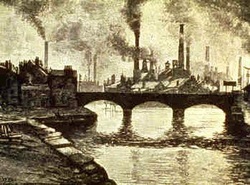 _This webquest is designed to allow students to understand the problems caused by industrialization in America that led to an era of Progressive reforms.

This Webquest is designed to allow you to explore the Internet to understand the early industrial period in America.  Dubbed the "Gilded Age" this period was marked by rapid industrial growth resulting from technological changes that led to  vast changes in the American economy and society.

The changes that took place happened so quickly that they were largely unregulated by any governing body.  As a result many problems developed which led to an era of governmental and societal responses collectively known as Progressivism.  You will explore both the causes of Progressivism and its effects with this project.